Justice Neil Gorsuch ’91 is far from the only Harvard Law School graduate President Donald Trump has nominated since his inauguration. Harvard Law alumni have already started work within the senior ranks of the White House staff and Cabinet agencies. Others are awaiting confirmation.

In late April, the Senate confirmed R. Alexander Acosta ’94 as secretary of labor. The dean of Florida International University College of Law, Acosta served as a member of the National Labor Relations Board early in George W. Bush’s administration. He went on to be confirmed as assistant attorney general overseeing the Justice Department’s Civil Rights Division and as the U.S. attorney in Miami.

In January, former Congressman Mike Pompeo ’94 was confirmed as director of the Central Intelligence Agency. Pompeo graduated first in his class at the U.S. Military Academy at West Point and then served five years in the U.S. Army and later founded an aerospace company. In 2010, he was elected to the House of Representatives, where he served three terms representing a south-central Kansas district and as a member of the House Intelligence Committee.

Alumni are slated to occupy both the number two and three slots at the Justice Department under Attorney General Jeff Sessions. Rod Rosenstein ’89, who served as the U.S. attorney in Maryland under both Presidents George W. Bush and Barack Obama ’91, was confirmed as deputy attorney general in April.

Another alumnus, Sarah Isgur Flores ’08, is director of the Justice Department’s Office of Public Affairs. She previously worked in the Republican National Committee’s communications office and as deputy campaign manager for Carly Fiorina’s 2016 presidential campaign.

Jeffrey Rosen ’82 was nominated to be the deputy transportation secretary. He served as the department’s general counsel between 2003 and 2006 and then as general counsel and senior policy adviser for the Office of Management and Budget. 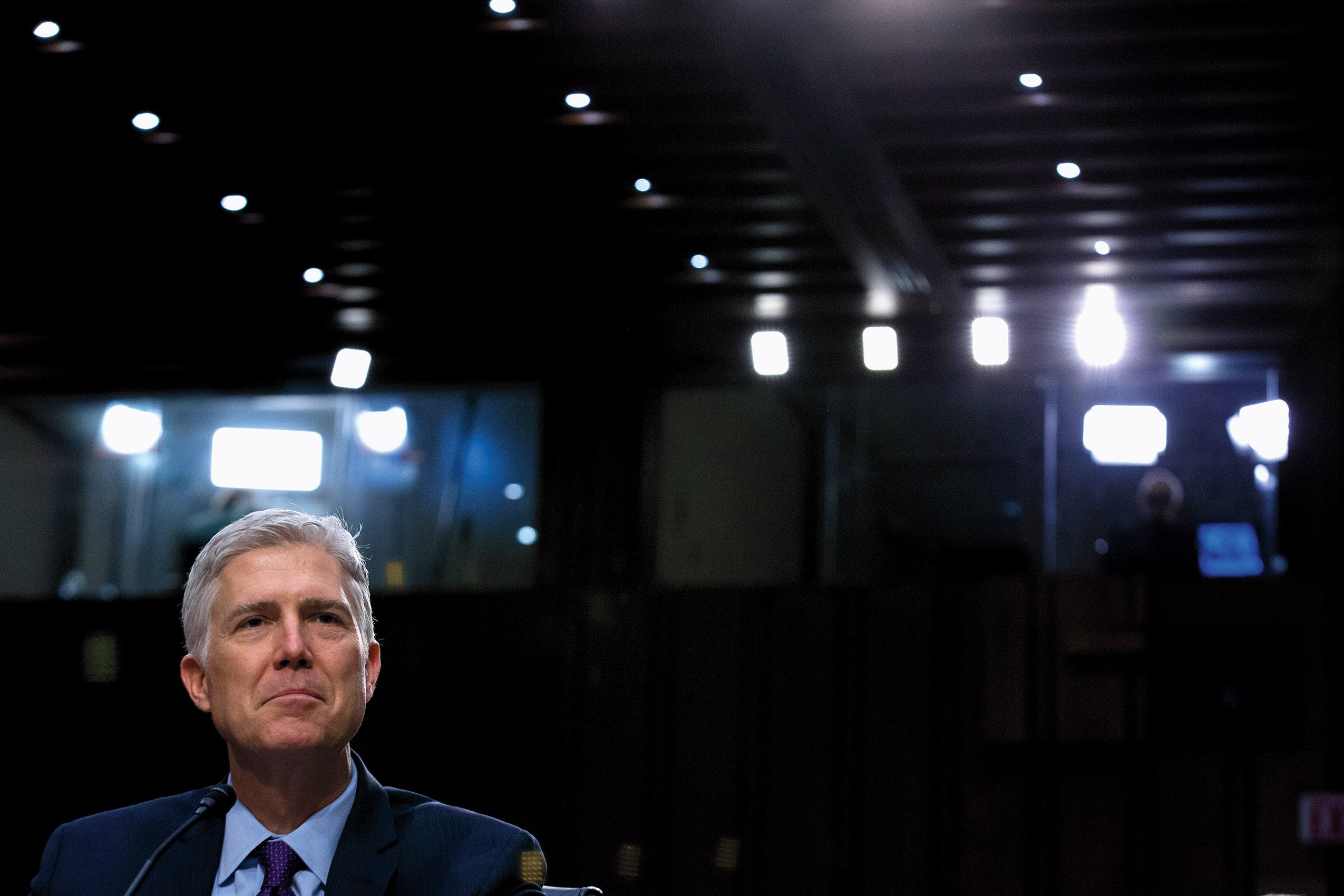 Neil Gorsuch ’91 made friends across the political spectrum at HLS

The ranks of the White House Counsel’s office includes Stacy Cline Amin ’04, John Bash ’06, Annie Donaldson ’11, Greg Katsas ’89, Mike McGinley ’09 and Schuyler Schouten ’07. Schouten, previously an associate at Davis Polk & Wardwell, had also worked with former Secretary of State Henry Kissinger, who wrote a letter of recommendation for him, according to the Associated Press.

Amin worked as chief counsel for the U.S. Senate Committee on Health, Education, Labor and Pensions and as counsel on the U.S. House Energy and Commerce Committee. She was previously an associate at Sullivan & Cromwell and Caplin & Drysdale.

Bash comes to the White House from the solicitor general’s office, where he argued 10 cases before the Supreme Court.

Donaldson, who was an associate at Jones Day and Squire Patton Boggs, worked on the presidential campaign of Mitt Romney J.D./M.B.A. ’75 in both 2008 and 2012.

McGinley, who clerked for Gorsuch on the U.S. Court of Appeals for the 10th Circuit, worked at Jones Day and Bancroft before becoming a partner at Kirkland & Ellis last October.

Also serving at the White House is Zina Bash ’07, who worked on the presidential campaign of Sen. Ted Cruz ’95 and as a counsel to Sen. John Cornyn. She is now a staff member on the Domestic Policy Council.

Avi Berkowitz ’16 is a special assistant to the president and assistant to Trump’s son-in-law and senior adviser, Jared Kushner. Berkowitz hosted a talk show, “Trump Tower Live,” that streamed on Facebook during the 2016 presidential campaign.

Kenneth Juster J.D./M.P.P. ’79, the deputy assistant to the president for international economic affairs, previously served as senior adviser at the State Department under President George H. W. Bush and as under secretary of commerce between 2001 and 2005. He was most recently a partner and managing director at Warburg Pincus, a global investment firm.