The Influence of Critical Legal Studies

By the time Harvard Law School Professor Jeannie Suk Gersen ’02 was a first-year law student at HLS, Critical Legal Studies had been pronounced dead. CLS, which emerged in the 1970s from the civil rights and anti-war movements, argued that the law is not neutral but rather inherently biased toward maintaining the status quo to the detriment of marginalized groups. Vilified by the political right, CLS was derided as a “misplaced monster of prehistoric radicalism” by President Ronald Reagan at a 1988 meeting of the Federalist Society, but legal liberals were no fans either. There was a yawning generational gap between the old guard and the young upstarts of CLS, who blamed liberals not only for the Vietnam War but also for fomenting an unnecessarily competitive model for the law school classroom. By the late ’80s, the legal establishment had “crushed us like bugs,” says Duncan Kennedy, HLS professor emeritus and one of the movement’s founders.

And yet “every corner you turned and every closet you opened at the law school, there it would be, in some sort of zombie or ghost-like form,” Gersen recalls. Most of her 1L professors, as well as later mentors such as Kennedy and HLS Professor Janet Halley, were adherents of Critical Legal Studies, and its influence was still significant. “They didn’t wear their Crit perspective on their sleeves in the classroom,” says Gersen, yet she was drawn to the theory they taught.

An expert in family, criminal, and arts law who has been teaching at HLS since 2006, Gersen was convinced the CLS story was an important one to share now. “Understanding what these fights were about affects and shapes the debates we are having today about the legitimacy of law,” she says, and she set out to make a film, something she’d never done before. She was interested not so much in examining CLS philosophy, about which numerous law review articles have been written, but in spotlighting the experiences of those who lived through the movement’s spectacular rise and fall.

Stills from a movie about a movement 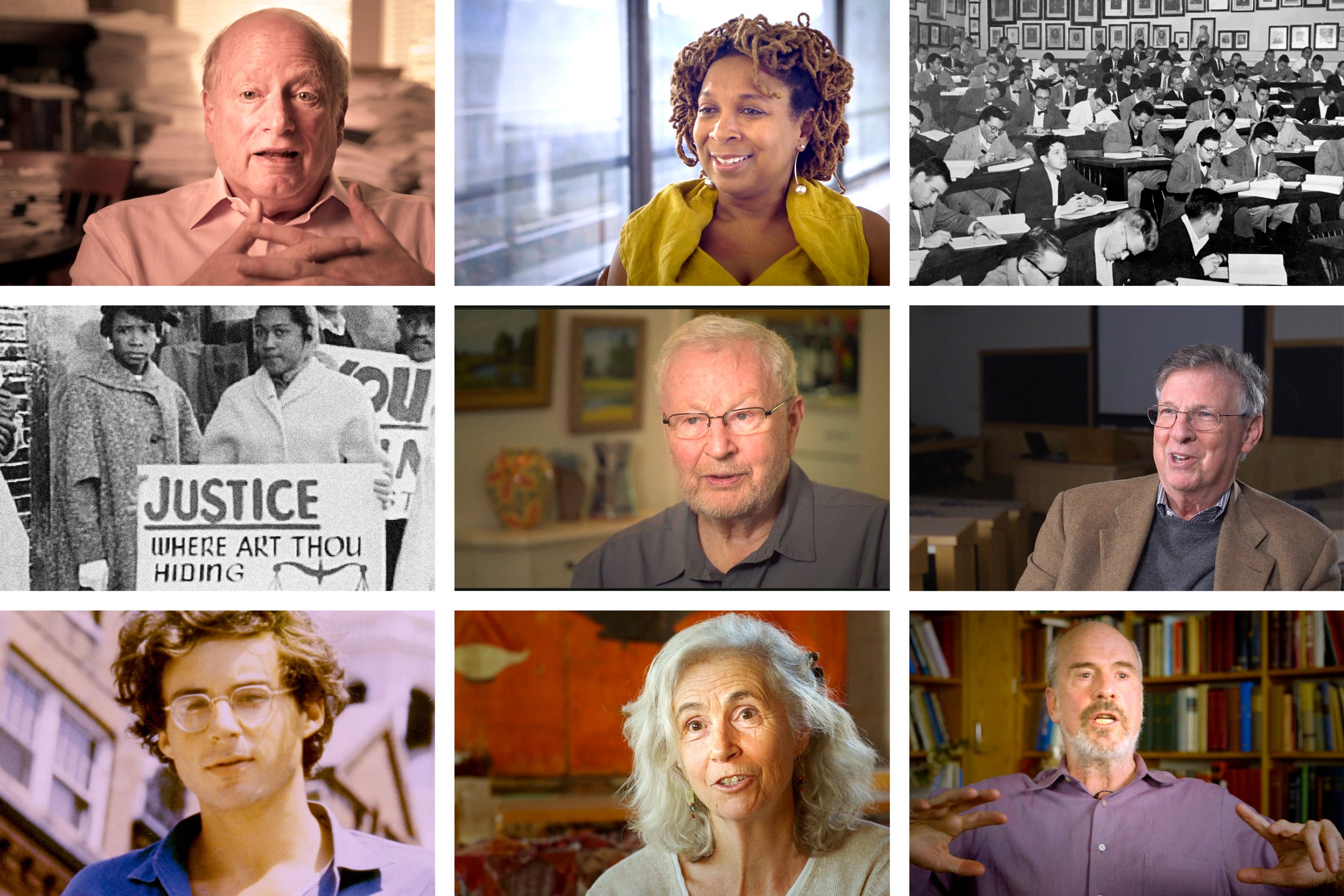 With charismatic founding figures, dramatic battles over the meaning and uses of the law, and serious career repercussions against CLS adherents by traditionalists, the story was “filmic,” says Gersen. It was rich with Freudian overtones of jealousy, aggression, patricide — in the sense of killing off the older generation — and passionate rivalries among the Crits, even as they cared deeply about each other. “It was about love, it was about violence, it was about sex, it was about death, it was all of those very primal concepts — and all of those dynamics fueled the story,” she says.

Gersen’s 25-minute film, “The Crits” which premiered at the 2017 HLS Bicentennial, was featured at the HLS Film Society’s launch in November 2020. She is hoping the film can find a sponsor or site as a way for it to be widely seen, as she wants her target audience — people unfamiliar with the CLS story, including lawyers and law students — to see “how influential the movement has been and yet how much disavowal of CLS has existed, both within law schools and the general culture,” she says.

When she began the project, Gersen’s outreach to Crits met significant resistance. “A lot of them didn’t even return my calls,” she says. She doesn’t want to speak for them but adds, “I will just speculate that those were painful times and painful experiences for those individuals, at least some of them, and that to remember it or to have somebody nosing around afterward to try to unearth or resuscitate some of those painful experiences might not have been so welcome.”

She did her first on-camera interview, in 2014, with one of the movement’s founding figures, Peter Gabel ’72, former president of New College of California. Over the next several years, with funding from Harvard University and HLS, she worked with her filmmaking partner and friend, Jackie Mow. They spoke with key figures including Duncan Kennedy, a wide-ranging thinker who has educated generations of students on the politics of law, among many other topics; Kimberle Crenshaw ’84, a leading scholar in critical race theory who developed the concept of “intersectionality” in which gender, race, class, and other characteristics intersect and affect the experience of an individual; and Clare Dalton LL.M. ’73, who in 1987 sued and received a settlement for sex discrimination after HLS denied her tenure. Among other dramatic turns, the film describes how the movement splintered as new iterations developed. FemCrits, who were extremely critical of the patriarchal foundation of CLS, were themselves critiqued by critical race theorists over issues of racial oppression.

Yet through these iterations, the “influence of CLS has been incredibly pervasive,” says Gersen. Indeed, as she was completing the film, she noticed that for the first time in her teaching career a plurality of her students were “routinely performing acts of radical-left critiques of liberal legalism,” and “asking, ‘Is law the answer, or is law something that’s only as good as the people who are wielding it, interpreting it, and doing things with it?’”

“There’s something unique about this moment that is making this happen,” says Gersen, who speculates that the #MeToo movement, the Black Lives Matter movement, and the unprecedented size and breadth of global protests after the killing of George Floyd are prompting a resurgence of the CLS influence.

“Critical race theory right now, even just in the past year, has had enormous salience in our culture both in legal culture and in mainstream society,” says Gersen, who notes the scholarship of Crenshaw, in particular, for critiquing “politically neutral-seeming policies and laws as having impacts that are racially significant. I think that is everywhere today.”