As more and more people are becoming deeply concerned about what they’re eating and what it means for our health, the economy, the environment, and social justice, participants in a recent gathering at Harvard Law School hope to spark the growth of a nationwide student network for making significant contributions to the emerging field of food law and policy.

The first Food Law Student Leadership Summit brought together 100 law students from 50 law schools from around the country for a weekend-long meeting with national experts in the food law field. The Summit, which took place from October 2-4 at Harvard Law School, was hosted by the Harvard Food Law and Policy Clinic (FLPC), a division of the Center for Health Law and Policy Innovation of Harvard Law School (HLS). The Summit was made possible by funding from the Charles M. Haar Food and Health Law and Policy Fund and GRACE Communications Foundation.

“The Food Law Student Leadership Summit was conceived as a way to convene interested law students from around the country to learn from national experts about a variety of key food law issues; develop strategies to start or expand student food law organizations; and build a national network of colleagues,” said Emily Broad Leib, director of FLPC and assistant clinical professor of law at Harvard. “Additionally, we wanted to learn how the Food Law and Policy Clinic, and Harvard Law School, can play a role in supporting a food law student network by providing information and resources.”

In her opening address to summit attendees, Dean Martha Minow stressed the importance of food policy.  “Food justice is the heart of social justice; everybody has to eat,” she said. The dean highlighted the range of programs and initiatives at Harvard Law School, including FLPC, the Food Law Lab, and the “2014 Deans’ Food System Challenge,” which called for proposals for making the food system healthier, more sustainable and more equitable. She said these programs and initiatives demonstrate the law school’s role as a trailblazer in the cutting-edge field of food law and policy.

Seminars held on both days of the Summit focused on a wide range of topics, including food labeling, the use of pharmaceuticals in farm animals, and food waste. Greenwald led a seminar on food as medicine, Drake Law Professor Neil Hamilton led a seminar on the Farm Bill, and Ona Balkus, a senior clinical fellow in the Food Law and Policy Clinic, led a discussion on the USDA Dietary Guidelines. On Saturday afternoon, a panel of food law attorneys, whose practice areas included policy, transactional and litigation work in areas as diverse as labor law, business and tax law, and animal law, talked about their careers and offered advice on entering the field of food law.

Between the topical seminars and panel presentations, attendees took part in a policy simulation in which they assumed different roles and considered hypothetical scenarios that mirrored food system problems facing policymakers today. They devised policy proposals that attempted to resolve many of the tensions that animate food policy discourse: paternalism versus consumer autonomy; economic expediency and environmental protection; and corporate speech and the public interest, for example.

Solving the obesity and diabetes crisis with a negotiation simulation! Such an awesome experience at #FLSLS pic.twitter.com/6RvTU92ddx — Hannah Nicholson (@HannahNich) October 3, 2015

Michele Merkel, co-director of Food & Water Justice, the legal arm of Food and Water Watch, discussed the adverse effects of concentrated animal feeding operations, commonly referred to as CAFOs or factory farms, in her keynote address on Saturday evening. Merkel said that in spite of the fact that U.S. factory farms produce enough toxic waste “to fill the entire Empire State Building every day, there is rampant non-enforcement of our laws.”

Merkel urged student attendees to continue following their passion: “The person who joins the food movement today could make history tomorrow. Why not you?” The Summit wrapped up with a student panel on launching and sustaining student food law societies within law schools. Students from Drake University Law School, Seattle University School of Law, West Virginia University College of Law, and Yale Law School served as panelists and Nathan Rosenberg ’11, a co- founder of the Harvard Law School Food Law Society, served as moderator.

Several student attendees shared their reflections on the summit in blog posts. Dana Shaker, Georgetown University Law Center, wrote: “When I arrived at the Summit, I knew instantly that a cooperative spirit wasn’t just ‘present’ like I had hoped. It was the core of the gathering. Professionals and academics dined at the same tables as Summit participants, discussing their own work and listening to and encouraging student interests. … Everyone there was intent on forming a food law community, a network of people they could reach out to in their professional lives who were equally passionate about forging a career in this rapidly expanding area of law.”

The Food Law Student Leadership Summit is just one of many initiatives for the Harvard Food Law and Policy Clinic.  Over the coming months, FLPC will work with interested students to develop a national leadership structure, regional networks, a website and hub for resources, and cross-network projects.

“The feedback we’ve received from attendees about the Summit has been overwhelmingly positive,” said Broad Leib. “It’s encouraging to hear so many law students say they feel empowered, inspired, and ready to take action as a result of coming together. I look forward to seeing how the work we have begun here grows and reaches new law students in the coming years, and to helping to build a food law student network across the nation.” 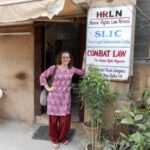 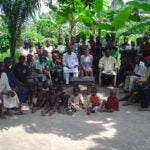 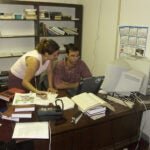 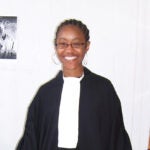 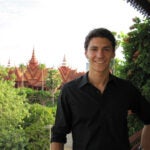