The Ames Moot Court Competition is one of the most prestigious competitions for appellate brief writing and advocacy in the country. In the competition’s final round, held in the fall of the 3L year, two teams argue a case before a panel that usually consists of one U.S. Supreme Court justice and two judges from the United States courts of appeal.

Credit: Martha StewartThis year, the Hon. Elena Kagan ’86, associate justice of the Supreme Court of the United States, the Hon. Debra Ann Livingston ’84, U.S. Court of Appeals Second Circuit, and the Hon. Robert L. Wilkins ’89, U.S. Court of Appeals, District of Columbia Circuit, presided over final round of the Ames Moot Court Competition. This is the first time Kagan has presided over Ames since leaving Harvard Law School to serve on the Supreme Court.

Two teams of 3L students presented arguments in the fictional case of Abrams v. Vita, Inc. This year’s teams were:

This was the first year in the history of Ames that all four oralists in the final round were women. 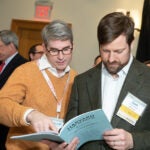 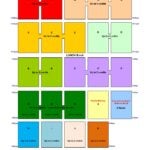 Kagan complimented the oralists’ ability to respond to judges’ questions. She also praised both teams’ briefs: “In the end, it’s the briefs that win arguments, much more so than the [oral] argument,” she said.

The 2015 Ames Moot Court Case Abrams v. Vita, Inc, involved an employee, impaired as a result of an accident, who sought workplace accommodation under the Americans with Disabilities Act. Specifically, he asked to be reassigned from his “Picker” position, gathering items to fulfill online customer orders, to a position as an “Inventory Associate,” which is a clerical job that he could do. One of the issues in the case involved whether the ADA requires that a physically disabled worker be reassigned to a similar position within his organization for which he is qualified, when there is someone else in the organization who is more qualified according to employer specifications.

The second issue in the case involved the worker’s use of medicinal marijuana and whether the ADA protects an individual with a disability who uses marijuana for medical purposes under the supervision of a physician and in accordance with state law when the individual’s employer takes adverse employment action on the basis of such use.

The hypothetical case was written by Tejinder Singh ’08, an instructor in the Harvard Supreme Court Litigation Clinic and a partner at Goldstein and Russell, and Elizabeth Prelogar ’08. Both Singh and Prelogar are former Ames oralists, and Prelogar served as a clerk for Justice Kagan. A brief description is available on the Board of Student Advisers website.

The Final Round Record and Briefs are below:

The students participating in the Final Round started the competition in fall of their 2L year. Two teams progressed to the Final Round through their strong research abilities and excellent written and oral advocacy.  The Ames Moot Court competition is administered by the HLS Board of Student Advisers (BSA).