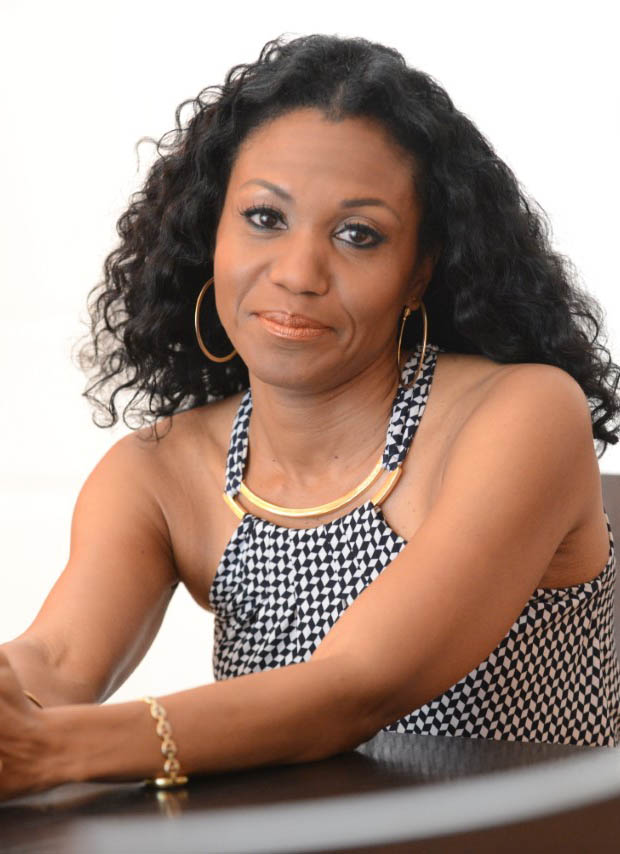 Stephanie Robinson, Esq. is a Lecturer on Law at Harvard Law School, a national media figure, author, former Chief Counsel to Senator Edward M. Kennedy, and the former President and CEO of The Jamestown Project, a national think tank focusing on democracy.

Ms. Robinson formerly hosted her own national radio show, Roundtable with Stephanie Robinson, a popular and weekly 30-minute, talk-radio program focused on culture, politics and relationships, that aired on the Tavis Smiley Network.

For five years, Ms. Robinson was Political Commentator for the Tom Joyner Morning Show where she spoke to between 9 and 10 million people weekly, offering her perspective on the day’s most pressing social and political issues.

Ms. Robinson is a nationally recognized expert on issues relating to social policy, women, race, family, and electoral politics. She was featured as one of the 30 Young Leaders of the Future in Ebony Magazine and was profiled in the book As I Am; Young African American Women in a Critical Age, by Julian Okwu. She is a frequent speaker expressing her views in countless media outlets including the Associated Press, The Washington Post, C-Span, NPR, and Fox News. As a political and legal analyst, Ms. Robinson has spoken on a wide variety of topics including faith and policy, international conflict, race and society, political participation and voting trends of African Americans and women.

Ms. Robinson has long been involved in progressive causes and political affairs from her time in high school where she was the co-chair of the young democrats in the southern region of Ohio to her involvement as the spokesperson for the student campaign to increase the diversity in the faculty at the Harvard Law School. More recently, she has organized for and participated in two presidential campaigns, and has been sought after for strategic advice by candidates and their top advisors.

Ms. Robinson was formerly a principal of the Robinson Sullivan Group, LLC (RSG), a consulting firm that provides comprehensive political and policy strategy. In this role, she provides legislative analysis and advice on the federal legislative process, manages and builds coalitions, and provides advice on constitutional and criminal justice policy and procedure.

Ms. Robinson was instrumental in the production of The Covenant with Black America, the New York Times bestselling book and series edited by Tavis Smiley. She co-authored The Covenant In Action, the second New York Times bestselling book in the series and the third book, Accountable: Making America As Good As Its Promise. The groundbreaking series built momentum for everyday people to engage and dictate their own circumstances by inspiring them to become agents of change in their own lives.

Ms. Robinson has demonstrated a consistent and unique ability to connect people to politics in a meaningful way. As the National Director for Public Policy at the Center for Community Change (the Center), one of the nation’s leading organizational voices for traditionally disenfranchised communities, she served as the spokesperson for the Center’s policy priorities and political strategies, and furthered these initiatives through critical partnerships at the national, state, and local levels.

Ms. Robinson also has international experience. She spent time in Nairobi, Kenya where she served as a Member of the Committee for Constitutional reform and assisted in drafting and editing Kenya’s Model Constitution. She was a Member of President Clinton’s first Presidential Mission to Africa regarding children orphaned by AIDS in Africa. She also participated in the Table of Free Voices in Berlin, Germany, the first international public meeting of its kind. She was selected as one of only 110 other thinkers and leaders from around the globe to spend two days discussing issues and matters that impact our world.

As a practicing attorney, Ms. Robinson worked in the litigation department at the law firm of Hogan & Hartson, L.L.P. There, she represented clients in civil and criminal litigation and specialized in the firm’s civil rights and education practice representing school districts, universities, and colleges. Ms. Robinson is a member of several professional and social associations including the American Bar Association, the National Bar Association, the State Bar of Georgia, Delta Sigma Theta Sorority Inc, and The Links Inc.