Arsalan Suleman is currently helping to lead Gambia’s genocide suit against Myanmar before the ICJ. He will discuss with attendees his experiences at the State Department, how he got involved in the Gambia case, and the role and challenges of international courts in atrocity prevention and accountability. 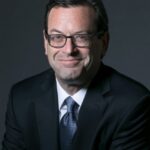 In 2022, a youth-led citizens movement succeeded in removing a Prime Minister, President, and a Cabinet of Ministers in Sri Lanka. The old political guard maneuvered to cling to power. The use of anti-terrorism laws and sweeping arrests followed to crackdown on citizen protestors. All this, in a context of deep economic crisis, brought on […]

Mary Keen, MD, comes to speak on the scientific assumptions made at the time of Roe and explains how far medical science has since come in its understanding of infant development. Dr. Keen, a graduate of Northwestern University School of Medicine, is a pediatric rehabilitation specialist who treats children with issues such as cerebral palsy, […]

The law and economics literature on specific deterrence has long theorized that offenders rationally learn from being caught and sanctioned. This paper presents evidence from a randomized controlled trial showing that offenders learn differently when not being caught as compared to being caught, which we call a “non-occurrence bias.” This implies that the socially optimal […]

Staff members from the Boston Center for Pregnancy Choices will discuss their work assisting pregnant women in crisis.

The Harvard Law School Mock Trial Association will be hosting a national law school mock trial tournament at HLS from April 14th-16th. This tournament will pit the top student advocates from across the country against each other as they compete with a fictional fact pattern in the hopes of going home with the Crimson Cup!