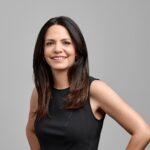 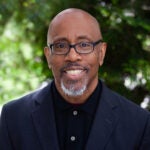 David A. Singleton has served as the Executive Director of the Cincinnati-based Ohio Justice & Policy Center since 2002. David is also a tenured Professor of Law at NKU Chase College of Law, where he teaches the Constitutional Litigation Clinic, Criminal Law, and Criminal Procedure. David has worked as a public defender for seven years, first with the Neighborhood Defender Service of Harlem and then with the Public Defender Service for the District of Columbia. Click to register. 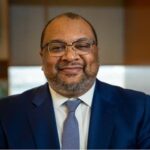 Caleb J. A. Pitters, Jr. is a managing director and co-head of the New York office of PIMCO, an investment management firm focusing on active fixed income management worldwide. He oversees the U.S. nonprofit and private family capital team. He is a founding member of PIMCO Black and serves on the steering committee. Prior to joining PIMCO, he was a director at Credit Suisse, where he held various portfolio management positions in fixed income. Click to register.

Tammy Albarrán is the Chief Legal Officer and Corporate Secretary of Peloton where she manages the company’s Legal, Compliance, Information Security, and Public Policy & Government Affairs teams. Prior to joining Peloton, she was Chief Deputy General Counsel and Deputy Corporate Secretary at Uber where she oversaw the APAC, EMEA and Latam legal teams, as well as the global labor and employment, and corporate teams. Click to register. 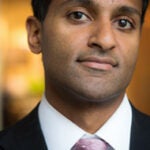 Anand Swaminathan is a partner at Loevy & Loevy, a national civil rights law firm and works on a broad range of constitutional and civil rights cases, including wrongful convictions, police shootings, and retaliation for exercising free speech rights. In addition, he has successfully exonerated a number of innocent people wrongly convicted of crimes they did not commit. He has extensive experience litigating claims under federal and state False Claims Acts, including whistleblowers alleging military and other government contractor fraud. Click to register. 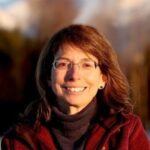 Margaret D. Stock is an attorney with the Anchorage office of Cascadia Cross Border Law Group LLC, where she devotes her practice to immigration and citizenship matters. Margaret has worked on many issues related to immigration, citizenship, and military service, including allowing immigrants to naturalize at military basic training sites. Margaret has testified before Congress numerous times on issues relating to immigration, citizenship, and national security law and was the Independent candidate for the United States Senate in Alaska in 2016. Click to register.