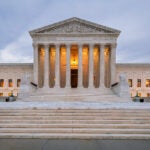 This lecture is the second installment of the Harvard Law School Lecture Series: The Supreme Court in a Constitutional Democracy. The doctrine of stare decisis is deeply contested in the Roberts Court. Although all of the Justices profess to respect stare decisis, some commentators describe the actual force of the doctrine as vanishingly weak in […] 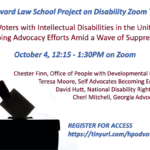 In the 2020 United States presidential election, voters with disabilities turned out in record numbers. Despite significant challenges to registering or voting in person during the COVID-19 pandemic, U.S. Census Bureau data shows that 62% of voters with disabilities cast ballots in that election, compared with 56% during the 2016 presidential election. This record turnout was […]