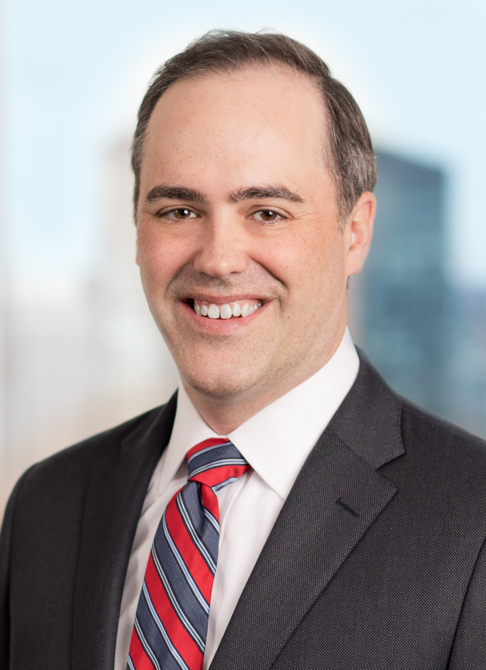 Louis Tompros is an experienced litigator and first-chair trial and appellate lawyer. He makes the technologically and legally complicated field of intellectual property understandable for juries and judges. He has handled the most challenging patent, trademark and copyright matters at trial and on appeal, for high profile clients in technology, entertainment, and manufacturing. He has successfully tried multiple intellectual property cases to verdict as lead trial counsel, has successfully argued multiple appeals before the Federal Circuit, and teaches patent trial advocacy at Harvard.

Among Mr. Tompros’s first-chair jury trial successes is his representation of Bombardier Recreational Products in a January 2019 trial in Detroit, in which a federal jury returned a full defense verdict rejecting a $130 million trademark infringement claim brought by Jaguar Land Rover over its “Defender” trademark. Land Rover had previously won a similar case against BRP in the European Union, making this US jury trial win particularly significant, and earning Mr. Tompros the title of “Litigator of the Week” from The American Lawyer.

In the patent space, Mr. Tompros has handled cases involving smartphones, semiconductors, networking, alternative energy, DNA testing, power conversion, data encryption, video compression, personal watercrafts and plastic storage devices. In 2021, he successfully argued a summary judgment motion resulting in the elimination of more than $5 billion of a patent plaintiff’s damages claim. He has prevailed in multiple inter partes review and reexamination proceedings before the Patent Trial and Appeal Board.

He also represents visual artists, authors, celebrities, and publishers in copyright infringement actions, including the creator of the famous “Pepe the Frog” comic book character in enforcement efforts to reclaim the character from “alt-right” entities. His successful copyright enforcement action against Alex Jones’s Infowars media platform was named one of the top copyright rulings of the year by Law360, and is the subject of the Sundance Film Festival Special Jury Prize-winning feature documentary Feels Good Man. He has also represented clients in defamation, trade dress, unfair competition, trade secret and design patent matters in courts throughout the country, and is frequently cited as an authority in the application of intellectual property law to evolving internet phenomena, including memes and deepfakes.

As an appellate lawyer, Mr. Tompros regularly appears before the United States Court of Appeals for the Federal Circuit. His Federal Circuit advocacy as lead counsel in (among other cases) Arctic Cat Inc. v. Bombardier Recreational Products Inc., In re Klein, and In re Packard has shaped the patent law. The Klein case, for example, resulted the Patent Office issuing a public agency-wide memo instructing all patent examiners on new rules for patent examination.

Pro bono representation is also an important part of Mr. Tompros’s practice. He represents Save the Children in its trademark enforcement activity against members of the “QAnon” movement. He has represented artists, authors, and a prominent literary journal on a pro bono basis in copyright and intellectual property contract matters, including representations through the Volunteer Lawyers for the Arts. He has also represented local Boston educational institutions, including the Charlestown Nursery School and the Learning Project Elementary School. He has represented terminated employees in unemployment insurance claims and appeals, public housing tenants facing eviction, and public advocacy groups submitting amicus briefs on criminal defense and privacy issues. In one of his early cases, Mr. Tompros represented a group of gay and lesbian service members challenging the constitutionality of the military’s “Don’t Ask, Don’t Tell” policy, in association with the Servicemembers Legal Defense Network.

While attending Harvard Law School, Mr. Tompros was Supreme Court Chair of the Harvard Law Review and a member of the winning team in the Ames Moot Court Competition.