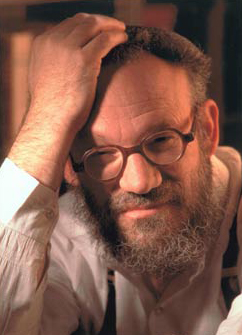 Daniel Boyarin is the Hermann P and Sophia Taubmann Professor of Talmudic Culture (emeritus) at UC Berkeley where he taught in the Departments of Near Eastern Studies (now Middle Eastern Languages and Culture) and Rhetoric for more than three decades. Prior to that he taught in the Bar-Ilan University Department of Talmud for seven years. He was most recently a visiting professor at Harvard at HDS (nearly twenty years ago). His scholarly work has revolved around two around two aspects of the Talmud for nearly a half-century which might be named, Talmud from the inside and Talmud towards the outside. In the first category are philological/interpretative studies of both the Babylonian Talmud and the Palestinian midrashic literature (biblical interpretation). In the second category are mostly cultural studies of the Talmud, vis-a-vis questions of gender, sexuality, “race,” law and religion and other such objects of general critical and historical concern. At the present moment and while at HLS, he will be pursuing in both teaching and research both of these two arms: on the one hand a critical commentary on one chapter of the Talmud (2nd chapter of Pesachim) and on the other hand a comparative inquiry into the question of the Talmud as legal text—or not, especially in comparison with Josephus on The Law.