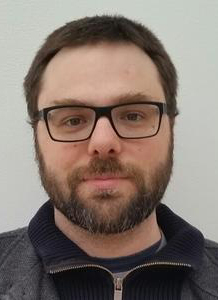 Mason Kortz is a clinical instructor at the Harvard Law School Cyberlaw Clinic at the Berkman Klein Center for Internet & Society, where he has worked since January 2017. There, he draws on both his legal training and his background as a software and database developer to bring a technical perspective to issues such as civil rights, government transparency, and police oversight. He is also active in the emerging area of the law of artificial intelligence and algorithms, and has written and presented on the impact of algorithmic decision making on areas as diverse as intellectual property, products liability, and the criminal legal system. He has supervised students in the Cyberlaw Clinic on projects such as amicus briefs, administrative comments, research memos, and public whitepapers, to name just a few.

Prior to joining the Cyberlaw Clinic, Mason worked as a data manager for the Scripps Institution of Oceanography at UCSD, a legal fellow in the Technology for Liberty Project at the American Civil Liberties Union of Massachusetts, and a clerk in the District of Massachusetts. Mason has a JD from Harvard Law School and a BA in Computer Science and Philosophy from Dartmouth College. In his spare time, he enjoys cooking, political activism, and game design.