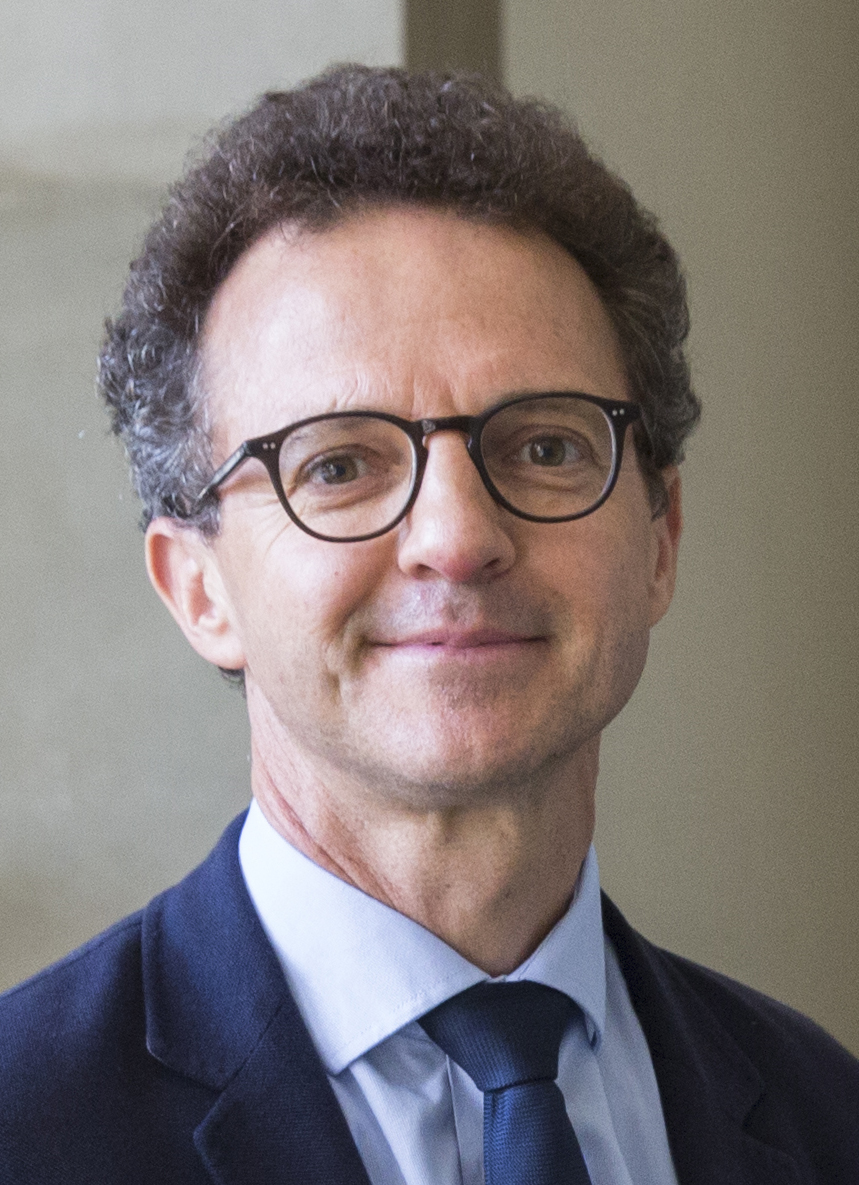 He was Vice-Rector of the University of Geneva (July 2015 - July 2019) where he was in charge of scientific information, technology transfer, relations with international organizations and the of University-wide project "Digital University". He piloted the institutional digital strategy, which led to the adoption of the University's digital strategy and to the implementing action plan (at the end of 2018).

Jacques de Werra obtained a doctorate in law from the University of Lausanne in 1997, in the course of which he completed a research stay at the Max-Planck-Institut für Geistiges Eigentum, Wettbewerbs- und Steuerrecht in Munich financed by a scholarship from the Deutsche Vereinigung für gewerblichen Rechtsschutz und Urheberrecht e.V. After being admitted to the Bar of the Canton of Geneva in 1999, he obtained a Master of Laws degree (LL.M.) and did research as a visiting scholar at Columbia Law School in New York with the support of a grant from the Swiss National Science Foundation (Fonds National de la Recherche Scientifique) and was admitted to the New York Bar (2002).

Jacques de Werra teaches, publishes and conducts research in contract law. He has launched the website Swiss Contract Law (SCL, www.swisscontract.law) which presents the latest developments of the case law relating to Swiss commercial contracts. He also participated in the scientific project to recast the general part of the Code of Obligations funded by the Swiss National Science Foundation (CO 2020). Every year, he publishes a review of the latest development of Swiss contract law for the law journal Le Journal des Tribunaux. He further contributes to the Faculty's activities in the field of the law of obligations. He is also active in intellectual property law and digital law. He coordinates the Summer School on Intellectual Property Law co-organized with the World Intellectual Property Organization since 2011 and launched a summer school on Internet law in 2014, which now continues as the "Digital Law Summer school" (www.digitallaw-geneva.ch ).

Jacques de Werra is involved in various research and legal training institutions inside and outside the University in the fields of intellectual property law, information and communication technology law and digital law. He is a member of the editorial board of the Swiss journal of intellectual property, information and competition law (revue sic!), he is a French-speaking editor of the Jusletter, for Internet law and the law of new technologies, and a member of the International Editorial Board of the Cahiers de propriété intellectuelle (Canada) and of the scientific committee of the French law journal Propriétés intellectuelles. He was Faculty Fellow and Associate Faculty at the Berkman Klein Center for Internet & Society at Harvard University (2012-2014).

Jacques de Werra is also active in the field of alternative dispute resolution/arbitration (particularly for technology disputes) and is on the list of experts of the World Intellectual Property Organization for the resolution of disputes concerning domain names. He is also a member of various professional associations related to his fields of activity, including the Swiss group of the Licensing Executives Society (LES) and the International Literary and Artistic Association (ALAI), the International Association for the Promotion of Teaching and Research in Intellectual Property (ATRIP) and the Swiss Arbitration Association (ASA).

For the media, see Jacques de Werra's page on this website: https://avisdexperts.ch/experts/jacques_de_werra