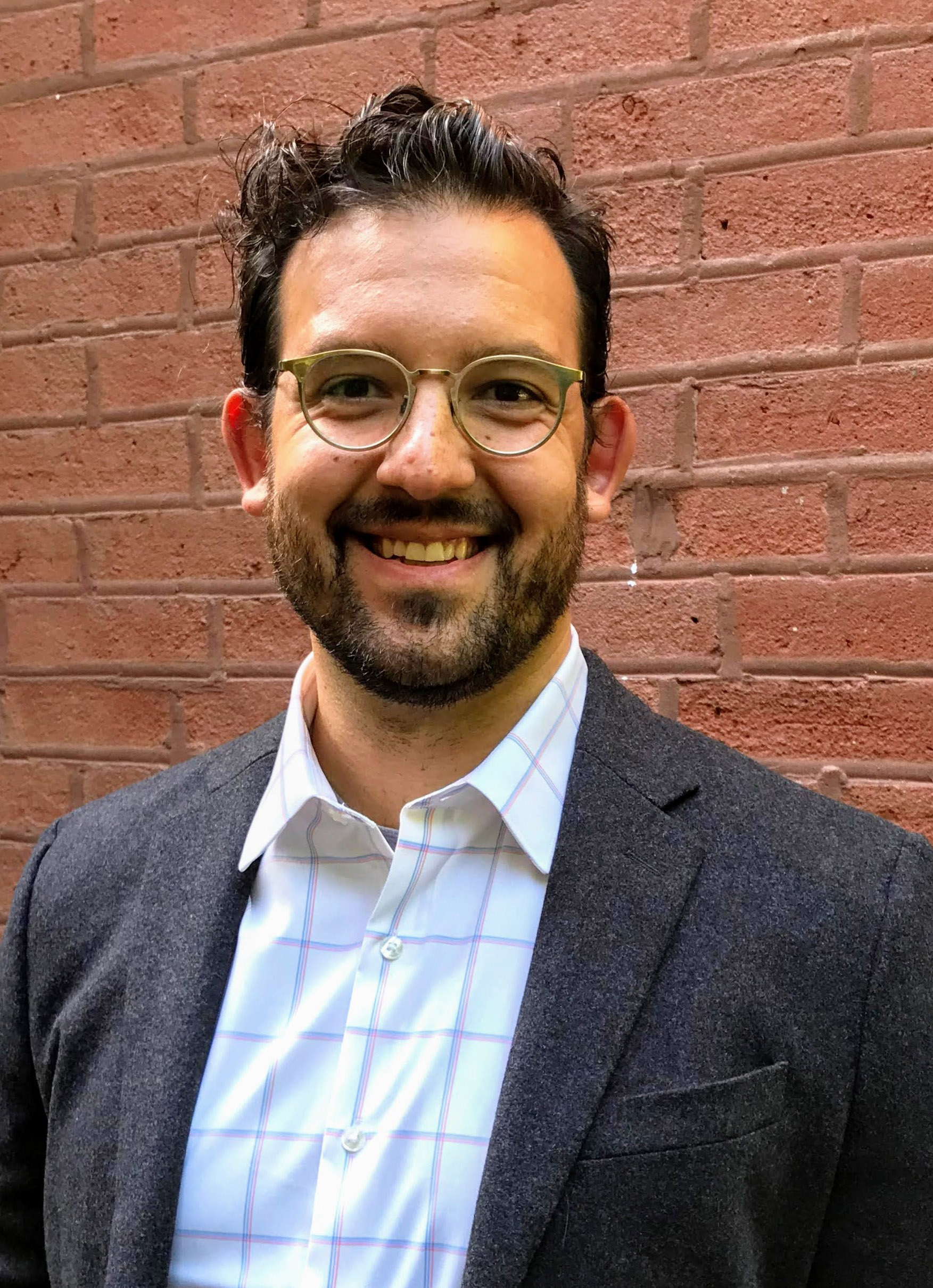 Peter N. Salib’s research borrows tools from law-and-economics and cognate fields to resolve longstanding impasses in public law. He focuses on doctrinal problems that arise from apparently-inevitable trade-offs between important but competing values. For example, many lawmakers wish to enact regulations to reduce serious social harms like gun deaths and the spread of online disinformation. But the constitutional rules protecting free speech and gun ownership forbid many of the most ambitious schemes for addressing such harms. Similarly, in civil procedure, rule-makers laudably wish to facilitate widespread, low-cost access to the courts—especially for vulnerable plaintiffs with small-dollar claims. But their mechanisms for doing so—like class actions—have been curbed to serve competing values, like safeguarding defendants’ Due Process rights. Peter argues that the tensions between these important values are not always inevitable, and he proposes sophisticated, economically-informed policy designs to ease or eliminate them. He posits, for example, that the tension between effective regulation and constitutionality can, in important cases, be overcome using economically-minded regulatory designs like Pigouvian taxation. And he contends that machine learning could be incorporated into class actions to increase access to justice without running roughshod over defendants’ procedural rights.

Peter earned his B.A. in philosophy and his J.D. (with high honors) from the University of Chicago. After law school, Peter clerked for the Honorable Frank H. Easterbrook on the U.S. Court of Appeals for the Seventh Circuit. He then joined Sidley Austin, LLP, where he focused on appellate litigation, including in class actions, constitutional cases, and patent disputes.

Displaying X-Y of 3 results   (Page X of Y)
Peter Salib & David K. Suska, The Federal–State Standing Gap: How to Enforce Federal Law in Federal Court Without Article III Standing, 26 Wm. & Mary Bill Rts. J. 1155 (2018).
Categories:
Civil Practice & Procedure
,
Government & Politics
Sub-Categories:
Practice & Procedure
,
Remedies
,
Courts
,
Federalism
,
State & Local Government
Links:
Type: Article
Abstract
You, too, can sue Donald Trump under the Emoluments Clause! Since Inauguration Day, several lawsuits have been filed against President Trump because of his refusal to divest certain assets. They assert that Trump’s business interests conflict with the Emoluments Clause of Article I. That arcane provision forbids certain federal officials from accepting any perquisite or gain from a foreign monarch or state. The suits contend, for example, that a foreign dignitary’s booking of a room at the Trump International Hotel in Washington, D.C. would constitute an unlawful emolument. Most commentators quickly threw cold water on the prospect of any plaintiff prevailing. The trouble, they argued, is that plaintiffs cannot demonstrate a concrete and particularized injury from any putative violation of the Emoluments Clause. In legalese, they lack Article III standing. This skepticism was vindicated in December 2017, when a federal court dismissed one of the lawsuits for lack of Article III standing. What no one has suggested is that plaintiffs do not need Article III standing to enforce the Emoluments Clause against Trump. Everyone assumes that these suits must live or die under federal standing doctrine. But, as we argue, Article III standing is essentially never a barrier to enforcing federal law. Indeed, plaintiffs may even win a merits ruling from the U.S. Supreme Court without ever possessing the elements of Article III standing. If we are right, it is a big deal. Federal standing doctrine is understood to restrain federal courts from performing an advisory function. It also checks congressional power, preserving the Executive’s constitutional prerogative to enforce federal law. We challenge this received wisdom and argue that the Supreme Court has—perhaps unwittingly—created a route by which litigants may circumvent Article III’s standing requirements, diminishing the doctrine’s force. This has implications far beyond the Emoluments Clause; many constitutional and statutory provisions have long been thought effectively unenforceable because of the strictures of Article III standing. This Article charts the course that no-standing plaintiffs may follow to enforce federal law and land in the U.S. Supreme Court. It also introduces a new term to the legal lexicon: the Federal–State Standing Gap. This term describes the space between Article III standing doctrine and the comparatively lax doctrine of many states. We did not discover this space; everyone who has taken or taught a course on federal jurisdiction knows about it. But we do think it has gone underappreciated. And that is the gap in the literature that this Article begins to fill.
Peter Salib, Why Prison?: An Economic Critique, 22 Berkeley J. Crim. L. 111 (2017).
Categories:
Criminal Law & Procedure
,
Disciplinary Perspectives & Law
Sub-Categories:
Sentencing & Punishment
,
Prison Law & Prisoners' Rights
,
Law & Economics
Links:
Type: Article
Abstract
This Article argues that we should not imprison people who commit crimes. This is true despite the fact that essentially all legal scholars, attorneys, judges, and laypeople see prison as the sine qua non of a criminal justice system. Without prison, most would argue, we could not punish past crimes, deter future crimes, or keep dangerous criminals safely separate from the rest of society. Scholars of law and economics have generally held the same view, treating prison as an indispensable tool for minimizing social harm. But the prevailing view is wrong. Employing the tools of economic analysis, this Article demonstrates that prison imposes enormous but well-hidden societal losses. It is therefore a deeply inefficient device for serving the utilitarian aims of the criminal law system—namely, optimally deterring bad social actors while minimizing total social costs. The Article goes on to engage in a thought experiment, asking whether an alternative system of criminal punishment could serve those goals more efficiently. It concludes that economically superior alternatives to prison are currently available. The alternatives are practicable. They plausibly comport with our current legal rules and more general moral principles. They could theoretically be implemented tomorrow, and, if we wished, we could bid farewell forever to our sprawling, socially-suboptimal system of imprisonment.
Peter Salib, The Law of Banksy: Who Owns Street Art?, 83 U. Chi. L. Rev. 2293 (2016).
Categories:
Disciplinary Perspectives & Law
,
Property Law
Sub-Categories:
Arts & Entertainment Law
,
Property Rights
,
Personal Property
,
Real Estate
Links:
Type: Article
Abstract
Street Art -- generally, art that is produced on private property not owned by the artist and without permission -- has entered the mainstream. Works by such artists as Banksy, Jean-Michel Basquiat, and Shepard Fairey now sell at the world's most prestigious auction houses, fetching prices in the millions. Strangely, however, the law governing street art ownership is entirely undeveloped. The circumstances of street art's creation -- often involving artists' clandestine application of their work to the sides of buildings owned by others -- render traditional legal paradigms governing ownership intractable. If Banksy paints a valuable mural on the side of my house, who owns it? Me? Banksy? Someone else? American law is currently ill-equipped to answer the question. This article rigorously investigates the problem of street art ownership. It accounts for the unusual circumstances of street art creation and distribution. It then considers the possible legal regimes for governing street art ownership and comes to a surprising recommendation.
Remove All Filters
Publication Years:
2018 (1)
2017 (1)
2016 (1)
See more See fewer
Categories:
Civil Practice & Procedure (1)
Criminal Law & Procedure (1)
Disciplinary Perspectives & Law (2)
Government & Politics (1)
Property Law (1)
Displaying X-Y of 3 results   (Page X of Y)