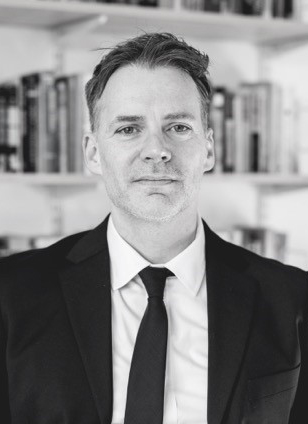 Jens Meierhenrich is Director of the Centre for International Studies at the London School of Economics and Political Science, where he is also an Associate Professor of International Relations. He previously taught for a decade at Harvard University, as an Assistant Professor in the Department of Government and at the Committee in Degrees in Social Studies, and also was a Visiting Associate Professor of Law at the University of Tokyo.

He received his M.Phil. and D.Phil. from the University of Oxford, as a Rhodes Scholar at St. Antony’s College, having previously studied law in Germany, at the Universität Passau. A law-and-society scholar working at the intersection of foreign, comparative, and international law and politics, he is the author of The Legacies of Law: Long-Run Consequences of Legal Development in South Africa, 1652-2000 (Cambridge University Press, 2008), which won the American Political Science Association’s most prestigious book award, the Woodrow Wilson Foundation Award for the best book published in the United States in politics, government, or international affairs.

Professor Meierhenrich served as a Visiting Professional in Trial Chamber II at the International Criminal Tribunal for the former Yugoslavia and in the Office of the Prosecutor at the International Criminal Court, where he worked with Luis Moreno Ocampo, its first Prosecutor. He founded the LSE’s Rule of Law Laboratory and has conducted field research in Argentina, Cambodia, Germany, Iraq, Japan, Rwanda, South Africa, and in various international courts and tribunals. His research has been supported by, among others, the American Council of Learned Societies, the British Academy, the Leverhulme Trust, the Rockefeller Foundation, the Social Science Research Council, the Nuremberg International Principles Academy, and the Radcliffe Institute for Advanced Study at Harvard University.

Since 2017 Professor Meierhenrich has been co-editor of “Cambridge Studies in Law and Society,” the venerable book series at Cambridge University Press. He was previously a co-editor of the Journal of Genocide Research and has served on the editorial board of the Law & Society Review. He has held fellowships at, inter alia, the American Bar Foundation, the Project on Justice in Times of Transition at Harvard Law School, the Belfer Center for Science and International Affairs at Harvard’s John F. Kennedy School of Government, the Paul F. Lazarsfeld Center for the Social Sciences at Columbia University, the Centre for the Study of Violence and Reconciliation in Johannesburg, the International Center for Comparative Law and Politics at the University of Tokyo, and served as a fellow traveler at the Program in Law and Public Affairs at Princeton University. He recently spent a year at the Institute for Advanced Study in Princeton to prepare his next monograph — The Everyday Life of International Law — an ethnography of the International Criminal Court.