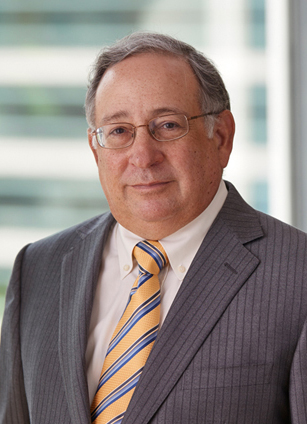 Stuart Singer is a trial and appellate lawyer and a partner in the Boies, Schiller & Flexner law firm. Singer received his undergraduate education at Northwestern University, where he was the national intercollegiate debate champion, and graduated Harvard Law School, magna cum laude, in 1981, where he was the recipient of the Sears Prize and elected President of the Harvard Law Review. Following graduation, Singer served for two years as a law clerk to U.S. Supreme Court Justice Byron R. White. For the past thirty five years, Singer has handled a wide range of litigation matters in trial and appellate courts throughout the United States. Singer has been recognized by his peers and clients as one of the leading litigation lawyers in the nation, having been consistently included in LawDragon’s 500 Leading Lawyers in America, Chambers & Partners’ first tier rankings, Best Lawyers in America, and twice named American Lawyer’s Litigator of the Week, Singer’s public interest work was cited when Boies Schiller was named a finalist for Litigation Department of the Year. Singer has been active in public interest litigation throughout his career, and led a 10-year pro bono case that resulted in improved medical and dental care for Florida children on Medicaid which, according to one commentator, “may have affected more lives than any litigation of the past decade.”