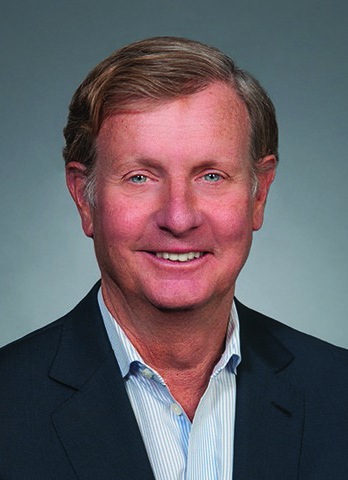 Mr. Denniston was, until 2016, Senior Vice President and General Counsel of the General Electric Company for more than a decade. In this position, he was responsible for leading a global legal, environmental and safety, and government affairs team of more than 3,000 professionals worldwide in matters involving compliance, corporate governance, IP protection, dispute resolution, government affairs, pro bono activities and diversity. During his time at GE, it was named best legal department by Corporate Counsel magazine and he was named among the most influential lawyers in America by the National Law Journal and by Corporate Counsel magazine. He joined GE in 1996 as Vice President and Senior Counsel of Litigation and Legal Policy, where he headed global litigation and compliance. While at GE, he served as the executive champion of the Company’s LGBT alliance and as a board member of the GE Foundation and GE Capital.

Prior to his work with GE, Mr. Denniston served as Chief Legal Counsel to Governor William F. Weld of Massachusetts from 1993-1996. He earlier served as Chief of the Major Frauds Unit in the U.S. Attorney's Office for the District of Massachusetts, where he led prosecutions relating to securities and financial fraud. He was awarded the Department of Justice’s Director’s Award for Superior Performance for his role in leading over one hundred successful prosecutions.

Mr. Denniston was a partner and, earlier, an associate, at Goodwin Procter where he focused on complex civil litigation, securities matters and white collar crime cases. Mr. Denniston was a member of the firm’s executive committee and served or chaired other firm committees.

He began his career as a law clerk to Judge Herbert Choy of the United States Court of Appeals for the Ninth Circuit.

Mr. Denniston is Chair of the Board of Kenyon College, Chair of the Institute for Legal Reform of the U.S. Chamber of Commerce and a member of the Chamber’s Board and Executive Committee as well as a Fellow of the Chamber. He is also a board member of Equal Justice Works (where he chairs the Governance Committee), the Coalition for Integrity, Pioneer Institute and the Dean’s Advisory Board of Harvard Law School. He is a member of the American Law Institute He has received numerous awards for his leadership, including on pro bono, anti-corruption and government issues.