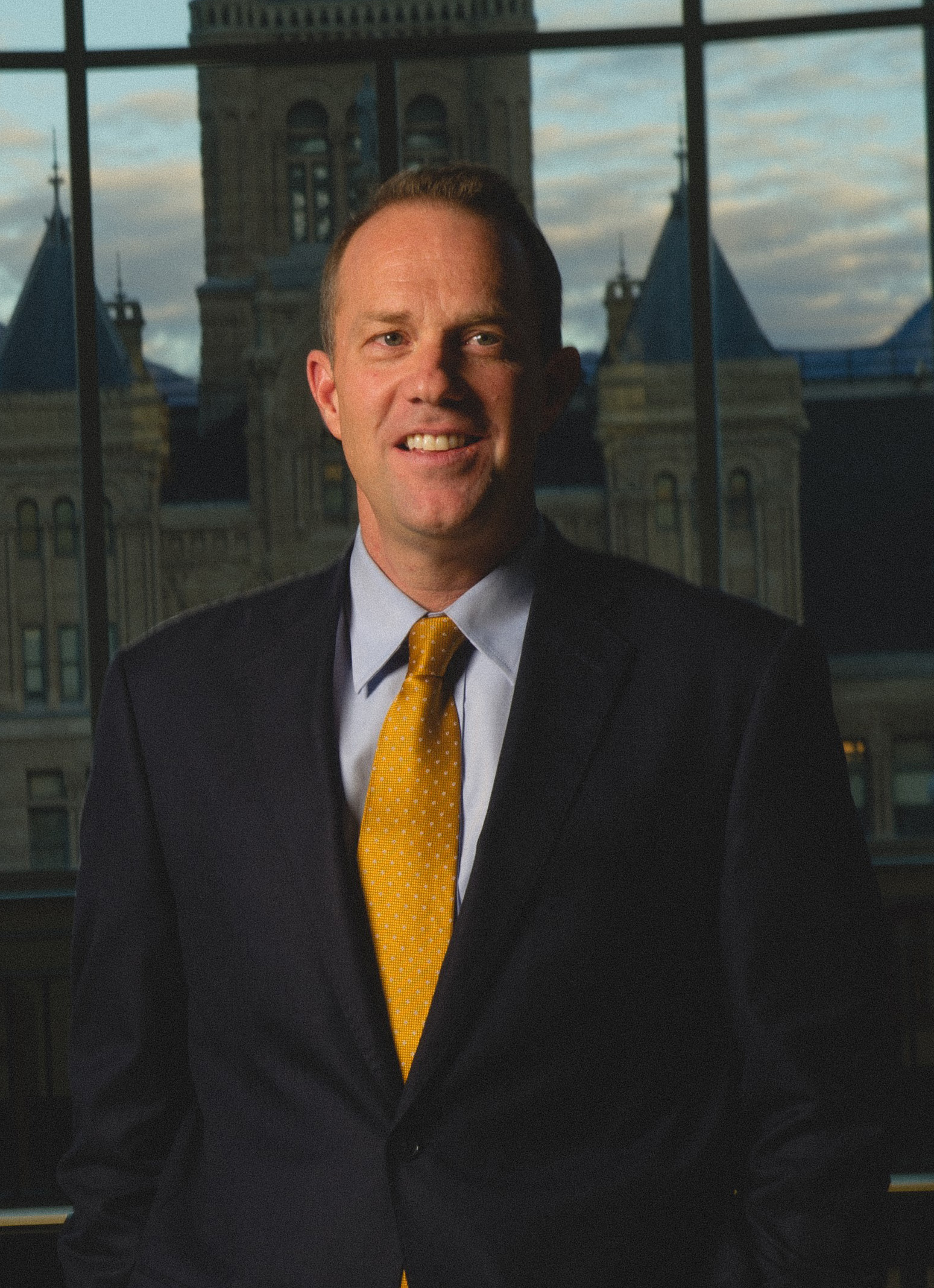 Thomas R. Lee is a Justice on the Utah Supreme Court. He is a graduate (with High Honors) of the University of Chicago Law School and a former law clerk to Justice Clarence Thomas and to Judge J. Harvie Wilkinson III. Before his appointment to the Utah Supreme Court (in 2010) Lee was a full-time law professor at Brigham Young University. He still serves there as Distinguished Lecturer and is also a lecturer at both Harvard Law School and at the Law School at the University of Chicago.

Lee has been an innovator at the intersection of law and linguistics. His judicial opinions and scholarship advocate the use of theories and tools used by linguists in interpreting the language of the law. Through theories and tools of “corpus linguistics,” Lee has sought to bring rigor and precision to the law’s search for the “ordinary meaning” of the words of statutes and regulations. See Judging Ordinary Meaning, 127 YALE L. J. 788 (2018) (co-authored with Stephen Mouritsen).

Lee has also written in defense of originalism. His recent work also proposes to use the theories and tools of corpus linguistics to bring more rigor to originalist practice. Lee’s article, Data-Driven Originalism, 167 PENN. L. REV. 261 (2019) (co-authored with James Phillips), identifies shortcomings in standard approaches to originalism and shows how corpus linguistic analysis can address some of those shortcomings.

Lee’s contributions to this field will be synthesized in a forthcoming monograph, LAW & CORPUS LINGUISTICS (Oxford Univ. Press 2020) (forthcoming; co-authored with Stephen Mouritsen).

During his years as a full-time law professor, Lee maintained a part-time intellectual property litigation practice with Howard, Phillips, & Andersen. He also developed a part-time appellate practice, arguing numerous cases in federal courts throughout the country and in the United States Supreme Court. In 2004 - 05, Justice Lee served as Deputy Assistant Attorney General in the Civil Division of the U.S. Department of Justice.

Displaying X-Y of 3 results   (Page X of Y)
Thomas R. Lee & James C. Phillips, Data-Driven Originalism, 167 U. Pa. L. Rev. (forthcoming 2019).
Categories:
Disciplinary Perspectives & Law
,
Government & Politics
,
Constitutional Law
Sub-Categories:
Empirical Legal Studies
,
Legal Theory & Philosophy
,
Judges & Jurisprudence
,
Courts
Links:
Type: Article
Abstract
The threshold question for all originalist methodologies concerns the original communicative content of the words of the Constitution. For too long this inquiry has been pursued through tools that are ill-suited to the task. Dictionaries generally just define individual words; they don’t typically define phrases or allow for the consideration of broader linguistic context. And while dictionaries can provide a list of possible senses, they can’t tell us which sense is the most ordinary (or common). Founding-era dictionaries, moreover, were generally the work of one individual, tended to plagiarize each other, and relied on famous, often dated examples of English usage (from Shakespeare or the King James Bible). Originalists have also turned to examples of usage in founding-era documents. This approach can address some of the shortcomings of dictionaries; a careful inquiry into sample sentences from founding-era literature can consider a wide range of semantic context. Yet even here the standard inquiry falls short. Originalists tend to turn only to certain sources, such as the Federalist Papers or the records of the state constitutional conventions, and those sources may not fully reflect how ordinary users of English of the day would have understood the Constitution (or at least have used language). Second, the number of founding-era documents relied on is often rather small, especially for generalizing about an entire country (or profession, in the case of lawyers). This opens originalists up to criticisms of cherry-picking, and even if that is not the case, sample sizes are just too small to confidently answer originalist questions. But all is not lost. Big data, and the tools of linguists, have the potential to bring greater rigor and transparency to the practice of originalism. This article will explore the application of corpus linguistic methodology to aid originalism’s inquiry into the original communicative content of the Constitution. We propose to improve this inquiry by use of a newly released corpus (or database) of founding-era texts: the beta version of the Corpus of Founding-Era American English. The initial beta version will contain approximately 150 million words, derived from the Evans Early American Imprint Series (books, pamphlets and broadsides by all types of Americans on all types of subjects), the National Archives Founders Online Project (the papers of Washington, Franklin, Adams, Jefferson, Madison, and Hamilton, including correspondence to them), and Hein Online’s Legal Database (cases, statutes, legislative debates, etc.). The paper will showcase how typical tools of a corpus—concordance lines, collocation, clusters (or n-grams), and frequency data—can aid in the search for original communicative content. We will also show how corpus data can help determine whether a word or phrase in question is best thought of as an ordinary one or a legal term of art. To showcase corpus linguistic methodology, the paper will analyze important clauses in the Constitution that have generated litigation and controversy over the years (commerce, public use, and natural born) and another whose original meaning has been presumed to be clear (domestic violence). We propose best practices, and also discuss the limitations of corpus linguistic methodology for originalism. Larry Solum has predicted that “corpus linguistics will revolutionize statutory and constitutional interpretation.”* Our paper seeks to chart out the first steps of that revolution so that others may follow.
Thomas R. Lee & Stephen C. Mouritsen, Judging Ordinary Meaning, 127 Yale L.J. 788 (2018).
Categories:
Disciplinary Perspectives & Law
,
Government & Politics
Sub-Categories:
Empirical Legal Studies
,
Legal Theory & Philosophy
,
Judges & Jurisprudence
,
Courts
,
Statutory Interpretation
Links:
Type: Article
Abstract
Judges generally begin their interpretive task by looking for the ordinary meaning of the language of the law. And they often end there — out of respect for the notice function of the law or deference to the presumed intent of the lawmaker. Most everyone agrees on the primacy of the ordinary meaning rule. Yet scholars roundly bemoan the indeterminacy of the communicative content of the language of the law. And they pivot quickly to other grounds for interpretation. We agree with the diagnosis of important scholars in this field — from Richard Fallon and Cass Sunstein to Will Baude and Steve Sachs — but reject their proposed cures. Instead of setting aside the threshold question of ordinary meaning we seek to take it seriously. We seek to do so through theories and methods developed in the scholarly field designed for the study of language — linguistics. We identify theoretical and operational deficiencies in our law’s attempts to credit the ordinary meaning of the law and present linguistic theories and tools to assess it more reliably. Our framework examines iconic problems of ordinary meaning — from the famous “no vehicles in the park” hypothetical to two Supreme Court cases (United States v. Muscarello and Taniguchi v. Kan Pacific Saipan) and a Seventh Circuit opinion of Judge Richard Posner (in United States v. Costello). We show that the law’s conception of ordinary meaning implicates empirical questions about language usage. And we present linguistic tools from a field known as corpus linguistics that can help to answer these empirical questions. When we speak of ordinary meaning we are asking an empirical question — about the sense of a word or phrase that is most likely implicated in a given linguistic context. Linguists have developed computer-aided means of answering such questions. We propose to import those methods into the law of interpretation. And we consider and respond to criticisms of their use by lawyers and judges.
State v. Rasabout, 356 P.3d 1258 (Utah 2015)(Lee, J., concurring).
Categories:
Government & Politics
Sub-Categories:
Statutory Interpretation
,
Judges & Jurisprudence
Links:
Type: Other
Remove All Filters
Publication Years:
2019 (1)
2018 (1)
2015 (1)
See more See fewer
Categories:
Constitutional Law (1)
Disciplinary Perspectives & Law (2)
Government & Politics (3)
Displaying X-Y of 3 results   (Page X of Y)