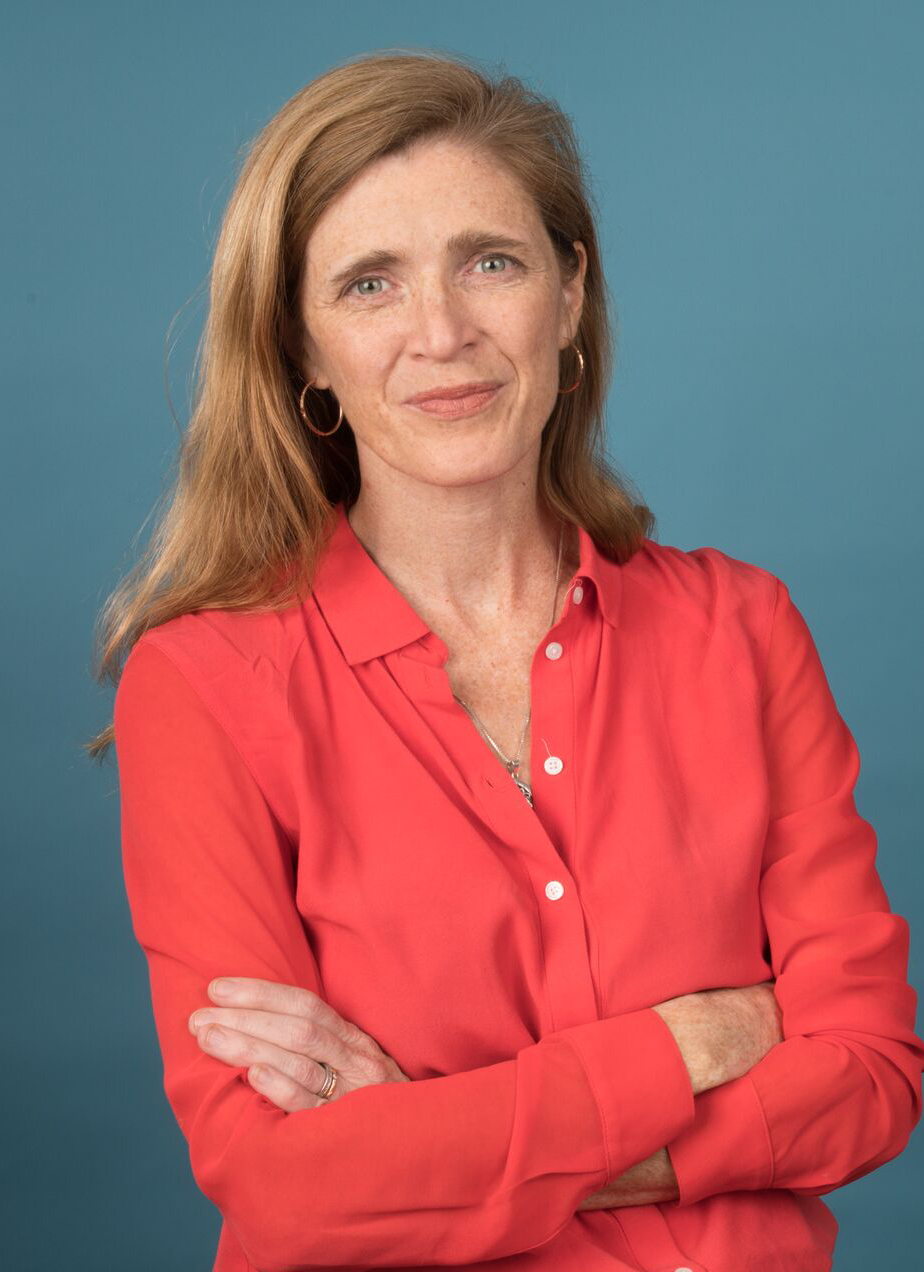 Ambassador Samantha Power is the Anna Lindh Professor of the Practice of Global Leadership and Public Policy at Harvard Kennedy School and William D. Zabel '61 Professor of Practice in Human Rights at Harvard Law School.

From 2013 to 2017 Power served as the 28th U.S. Permanent Representative to the United Nations, as well as a member of President Obama's cabinet. In this role, Power became the public face of U.S. opposition to Russian aggression in Ukraine and Syria, negotiated the toughest sanctions in a generation against North Korea, lobbied to secure the release of political prisoners, helped build new international law to cripple ISIS's financial networks, and supported President Obama's pathbreaking actions to end the Ebola crisis. President Obama has called her "one of our foremost thinkers on foreign policy," saying that "she showed us that the international community has a moral responsibility and a profound interest in resolving conflicts and defending human dignity."

From 2009 to 2013, Power served on the National Security Council as Special Assistant to the President and Senior Director for Multilateral Affairs and Human Rights, where she focused on issues including atrocity prevention; UN reform; LGBT and women's rights; the promotion of religious freedom and the protection of religious minorities; and the prevention of human trafficking.

Called by Forbes "a powerful crusader for U.S foreign policy as well as human rights and democracy" when it named her one of the "World's 100 Most Powerful Women," Power has been recognized as a leading voice internationally for principled American engagement in the world. She has been named as one of Foreign Policy's "Top 100 Global Thinkers" and has twice been selected as one of TIME's "100 Most Influential People."

Her book "A Problem from Hell": America and the Age of Genocide won the Pulitzer Prize and the National Book Critics Circle Award in 2003. Power is also the author of the New York Times bestseller Chasing the Flame: One Man’s Fight to Save the World (2008) and the co-editor, with Derek Chollet, of The Unquiet American: Richard Holbrooke in the World (2011). Her most recent book, The Education of an Idealist: A Memoir (2019), was a New York Times, Wall Street Journal, and USA Today bestseller, and was selected as one of the best books of 2019 by the New York Times, Washington Post, Economist, NPR, TIME, Audible, and Christian Science Monitor.

Power began her career as a journalist, reporting from places such as Bosnia, East Timor, Kosovo, Rwanda, Sudan, and Zimbabwe. Before joining the U.S. government, Power was the founding executive director of the Carr Center for Human Rights Policy at the Kennedy School, a columnist for TIME, and a National Magazine Award-winning contributor to the Atlantic, the New Yorker, and the New York Review of Books.

Power earned a B.A. from Yale University and a J.D. from Harvard Law School. She immigrated to the United States from Ireland at the age of nine and today lives in Concord, Massachusetts with her husband Cass Sunstein and their two young children.