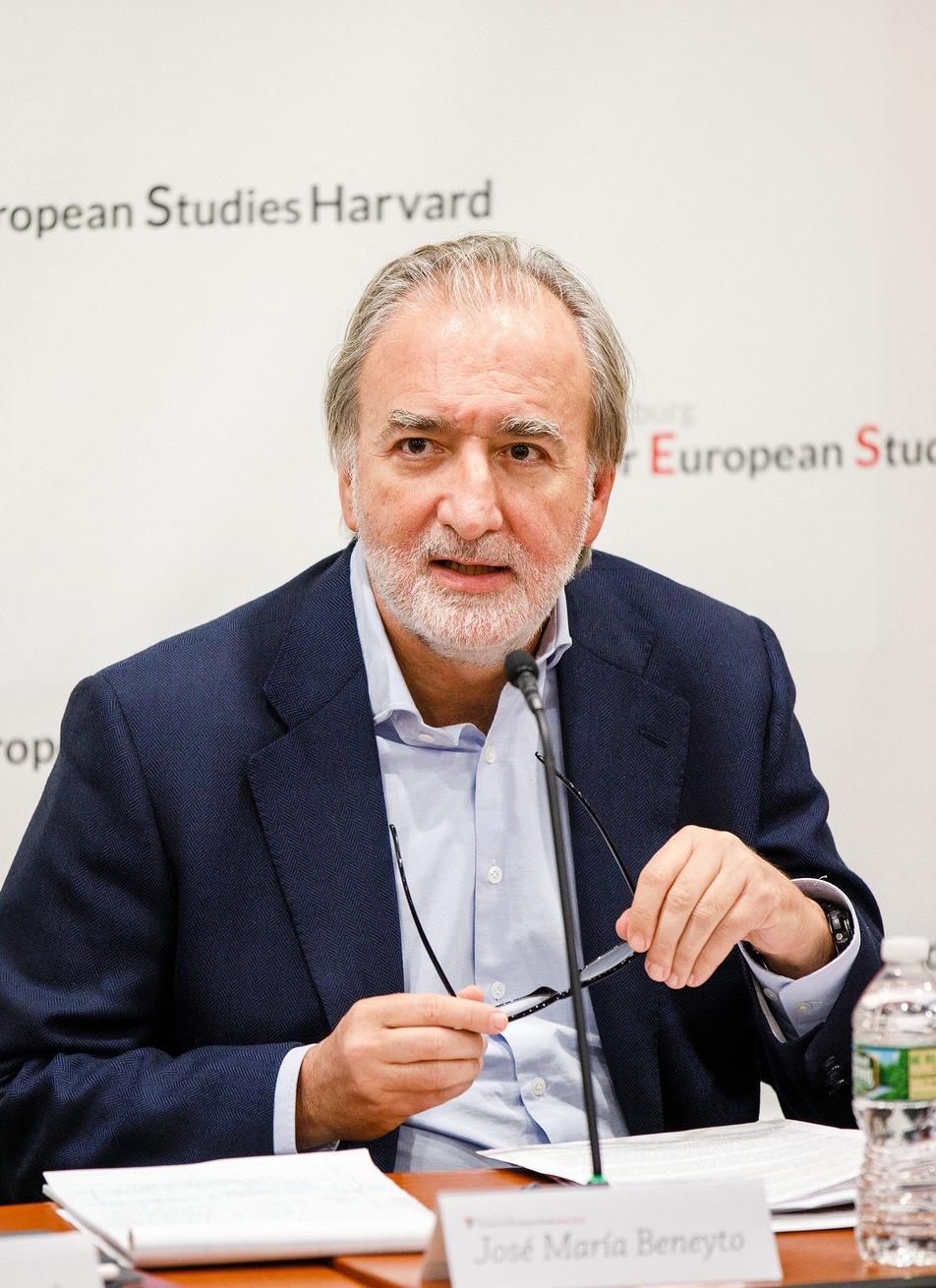 José María Beneyto is a scholar of European Union law and EU policies, international public law and Global Governance. Amongst his authored, edited and co—edited books are “Treatise on Law and Policies of the European Union” (12 vols., Madrid 2009-2019); “European Banking Union: The New Regime” (Wolters Kluwer 2015); “Fostering Growth in Europe: Reinforcing the Internal Market” (Madrid 2014); “China’s New Silk Road” (Madrid 2018); “The European Model. Contributions of European Integration to Global Governance” (Madrid 2014); “The Governance of Europe: Which Institutional Design for the EU? (Nomos, Baden-Baden 2004); “New Approaches to International Law. The European and the American Experiences” (TMC Asser Press 2010); “At the Origins of Modernity: Francisco de Vitoria and the Discovery of International Law” (Springer 2017); “A New Organization of the UN for the XXIst Century” (Madrid 2017); “Europe and the US: A Contemporary History of the Transatlantic Relation” (Madrid 2005)”; “Europe and Latin America: the Other Atlantic Dialogue” (Madrid 2006); “Reviewing Vertical Restraints in Europe: Reform, Key Issues and National Enforcement” (Bruylant, Brussels 2012); “Europe's Single Financial Market” (Madrid 2005); “The European Union as a Global Actor: New Dimensions of European Foreign Policy” (Madrid 2011).

Professor Beneyto is the Chair of the Institute of European Studies in Madrid, a leading Jean Monnet Center that specializes in European Constitutional Law, External Relations of the European Union and EU Competition and Regulation. He has also been a Civil Servant of the European Parliament.

From 2011 to 2016 Professor Beneyto held representative office as a Member of the Spanish Parliament and was a Spokesperson for Foreign Affairs. As Vice Chair of the Parliamentary Assembly of the Council of Europe, he also chaired its External Relations Sub-Committee and was a member of the Venice Commission and of the Committee on Selection of Judges to the European Court of Human Rights.

He obtained his law degree from the University of Navarre, an LL. M. form Harvard Law School (‘90), and a doctoral degree in Law and a doctoral degree in Philosophy and History from the University of Münster (Germany). His first academic interests were in legal and political philosophy and in intellectual history. His doctoral thesis was devoted to an early critical examination of Carl Schmitt’s Theory of Law and the State (Duncker & Humblot, Berlin 1983). For his Ph. D. in Philosophy he wrote on the intellectual reaction to the 1848 revolutionary upheavals in Europe.

Professor Beneyto taught during 2017 as the Pierre Keller Visiting Professor at the Kennedy School of Government and has previously held Visiting Professorships at the Universities of Bonn, Münster, Social Science Institute Berlin (“WZB”) and University of Miami. He was appointed as the Chaim Perelmann Distinguished Visiting Professor at the University of Maryland. He has been, at different periods, affiliated with Harvard's Center for European Studies and HLS’ Institute on Global Law and Policy, and is a member of the Royal Academy of Jurisprudence in Spain and a patron of the Europe-Latin America Foundation. He has been a consultant to private foundations, the European Commission, the European Parliament, the OCDE and the World Bank amongst other institutions. He has received several awards and academic prizes for his research and teaching.

José María Beneyto has three children and lives in Madrid. He has a particular interest in foreign languages, literature and music and has written two novels: “The Elements of the World” (Madrid 2009) and the “The Spy Who Deceived Hitler” (Madrid 2015).