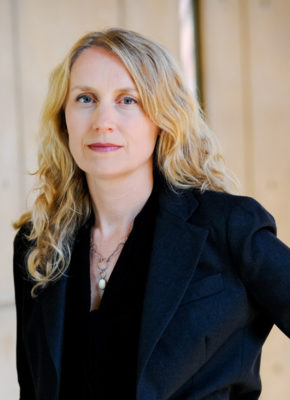 Michelle Wilde Anderson is a scholar of state and local government law. Her work combines legal analysis, empirical research, and humanistic reporting to understand concentrated poverty and municipal fiscal distress. Her recent publications explore restructuring (such as bankruptcy, disincorporation, and receiverships) in cities and counties facing chronic poverty related to deindustrialization. These issues affect not only Rust Belt capitals such as Detroit, but also post-industrial cities in California, rural counties in the West and South, and small towns across the country. She is currently writing a book about what we need most from local governments in America’s high-poverty, post-industrial areas.

Prior to joining Stanford Law School in 2014, Anderson was an assistant professor of law at the University of California Berkeley Law School. She has been a research fellow at the European Commission’s Urban Policy Unit in Brussels and an environmental law fellow at Shute, Mihaly & Weinberger. She clerked for Judge Guido Calabresi on the U.S. Court of Appeals for the Second Circuit and Judge Marilyn Hall Patel of the U.S. District Court for the Northern District of California.