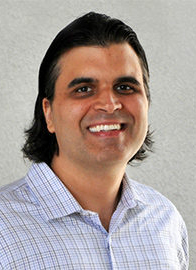 Seth Davis is a Professor of Law at the University of California, Berkeley School of Law. His research explores questions of sovereignty, responsibility, and redress as they arise in both public law and private law, focusing upon the federal courts, federal Indian law, fiduciary law, and tort law. His scholarship has appeared in the Stanford Law Review, the Columbia Law Review, and the California Law Review, among other leading journals, and has been honored by the Association of American Law Schools (AALS). In addition, Davis is co-author of Cohen’s Handbook of Federal Indian Law, the leading treatise in the field. He has served on the Editorial Board of Law & Social Inquiry and as the Chair of the Federal Courts Section of the AALS. His media appearances and public commentary include National Public Radio, the Washington Post, and Vice News Tonight. An award-winning teacher, Davis has taught a wide range of first-year and upper-level courses.

Before joining the Berkeley Law community, Davis taught at the University of California, Irvine School of Law and at Harvard Law School, where he was a Climenko Fellow. Prior to his academic career, Davis worked as an appellate litigator and provided regulatory counseling in the areas of financial services law, securities regulation, and political ethics at O’Melveny & Myers LLP, where he also developed an active pro bono practice. He clerked for the Honorable Douglas H. Ginsburg of the U.S. Court of Appeals for the District of Columbia Circuit. Davis received his J.D. from Columbia Law School, an MSc in Social Anthropology from the London School of Economics and Political Science, and a B.A. from Davidson College.

Displaying X-Y of 3 results   (Page X of Y)
Seth Davis, Eric Biber & Elena Kempf, Persisting Sovereignties, 170 U. Pa. L. Rev. (forthcoming 2022)
Categories:
Constitutional Law
Sub-Categories:
Constitutional History
Links:
Type: Article
Abstract
From the first days of the United States, the story of sovereignty has not been one of a simple division between the federal government and the states of the Union. Then, as today, American Indian tribes persisted as self-governing peoples with ongoing and important political relationships with the United States. And then, as today, there was debate about the proper legal characterization of those relationships. The United States Supreme Court confronted that debate in McGirt v. Oklahoma when, in an opinion by Justice Neil Gorsuch, it held that the reservation of the Muscogee (Creek) Nation “persists today.” The Court’s recognition of the persistence of Tribal sovereignty triggered a flurry of critical commentary, including from federal lawmakers who share Justice Gorsuch’s commitment to originalism. But the original story of federal Indian law supports the persistence of tribal sovereignty. Through its treaty practice, and opinions of its Supreme Court, the United States recognized Indian tribes as political communities whose preconstitutional sovereignty persisted despite their incorporation within U.S. territory. According to the Marshall Court, tribes were “states” and “nations” with whom the United States had formed political relationships. These terms, the Court explained, had a “well-understood meaning” under the law of nations and applied to tribes as they applied “to the other nations of the earth.” This Article explores the original public meaning of those terms as they applied to Indian tribes through the first comprehensive analysis of the international law commentary cited by the Marshall Court as well as historical examples of shared sovereignty that were familiar to lawyers during the early Republic. In particular, this Article explores two consequences of tribes’ status as “states” and “nations” under international law during the early Republic. First, it provides an originalist foundation for the Indian canon of construction’s rule that tribal sovereignty is preserved unless expressly surrendered. Like states under international law, tribes retained whatever measure of sovereignty they did not expressly surrender by agreement. Accordingly, a court interpreting an Indian treaty must construe ambiguous terms to retain tribal sovereignty. Today, this rule of interpretation is known as the Indian canon of construction and is thought to be peculiar to federal Indian law. To the contrary, however, the Indian canon’s foundations include generally accepted principles of the law of nations at the time of the Founding. Second, this understanding of Indian tribes as “states” implies that the sovereignty of tribes is not divested by their incorporation within the United States and persists despite periods in which federal and state governments have prevented its exercise. This principle, which has important implications for contemporary debates in federal Indian law, not only justifies the Court’s recognition of tribal persistence in McGirt, but also offers a way for thinking about the future story of divided sovereignty in the United States.
Seth Davis, Responsibility Sharing within Borders, 110 Cal L. Rev. (forthcoming 2022)
Categories:
Government & Politics
Type: Article
Seth Davis, The New Public Standing, 71 Stan. L. Rev. 1229 (2019)
Categories:
Civil Practice & Procedure
Sub-Categories:
Practice & Procedure
Links:
Type: Article
Abstract
Today’s public litigants are not citizens or individual taxpayers who, suffering no injury of their own, seek instead to stand for the public. Instead, they are states that have suffered financial injuries. In recent years, states have brought many high-profile public law cases against the federal government based upon financial injuries. State standing to sue the federal government for financial injuries is the new public standing. This Article’s goal is to offer a comprehensive account of the new public standing. It argues that we should not hope—or expect—that the federal courts will treat the new public standing with the disfavor they have shown to citizen and taxpayer standing. Nor, however, should we hope or expect that the federal courts will treat the new public standing as indistinguishable from private standing based upon financial injuries. One aspect of this thesis is doctrinal and normative. Under the U.S. Supreme Court’s Article III jurisprudence, financial injuries are the paradigmatic example of an injury in fact that supports standing to sue, as contrasted with an ideological injury that does not suffice for standing. What makes the new public standing doctrinally difficult is that while some financial injuries to states mirror those to private parties, others do not. And what makes these cases normatively difficult is that the state attorneys general who sue based upon financial injuries to their states are ideological litigants. The new public standing thus requires us to rethink the terms of the debate about state standing to sue the federal government. Another aspect of this thesis is descriptive and positive. To ground its normative analysis, this Article attempts to identify the ideological, institutional, and political factors that have contributed to the new public standing and that will shape its future prospects. Analysis of these factors leads to the conclusion that the Court will preserve the new public standing while tinkering with its remedial scope. The new public standing will prove more durable than citizen and taxpayer standing for the public, but will not substitute for the promise of an individual standing upon her conscience in federal court
Remove All Filters
Publication Years:
2022 (2)
2019 (1)
See more See fewer
Categories:
Civil Practice & Procedure (1)
Constitutional Law (1)
Government & Politics (1)
Displaying X-Y of 3 results   (Page X of Y)