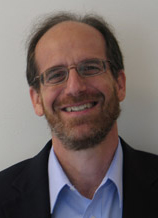 Brian Wolfman is Professor from Practice and the Director of the new full-time, semester-long Appellate Courts Immersion Clinic at Georgetown Law, which he founded in 2017. He is also the Faculty Director of Georgetown Law’s Blume Public Interest Scholars Program. He was previously a Professor of the Practice of Law and Co-Director of Stanford Law School's Supreme Court Litigation Clinic. Before that, from 2009 to 2014, Mr. Wolfman was co-director of Georgetown University Law Center’s Institute for Public Representation, where he headed the Institute’s civil rights clinic, in which students work on federal trial and appellate litigation. At Georgetown, he also taught Federal Courts and the Federal System, a seminar on appellate courts, and a litigation skills seminar. He joined Georgetown in 2009 after spending nearly 20 years at the national public interest law firm Public Citizen Litigation Group, serving the last five years as the Group’s Director. Before that, for five years, he litigated trials and appeals at a rural poverty law program in Arkansas.

Mr. Wolfman has written articles for law reviews and other journals. He has testified before Congress and federal rules committees on class-action governance, tort “reform,” and court access, and he was an Advisor to the American Law Institute’s project on the Principles of the Law of Aggregate Litigation. He is a Trustee of the D.C. Bar’s Client Security Fund and is co-coordinator of the Consumer Law & Policy Blog, www.clpblog.org.

Displaying X-Y of 3 results   (Page X of Y)
Brian Wolfman & Anne King, Mutual Pharmaceutical Co. v. Bartlett and Its Implications, 82 U.S.L.W., no. 17, at 1 (Nov. 5, 2013).
Categories:
Civil Practice & Procedure
,
Health Care
Sub-Categories:
Torts - Product Liability
,
Food & Drug Law
Links:
Type: Article
Abstract
The authors state that the U.S. Supreme Court’s preemption ruling in Mutual Pharmaceutical Co. v. Bartlett, which generally shields generic drug manufacturers from state-law damages liability for design-defect claims, may also have broader implications for preemption jurisprudence. In this article they describe the Supreme Court’s decision in Mutual and evaluate how it may affect future products-liability litigation. Part I provides an overview of the case’s factual background and of federal generic drug regulation, while Part II discusses the Court’s majority opinion and the dissents. Part III analyzes the implications of the decision, offering ideas on how plaintiffs injured by defective or mislabeled generic prescription drugs may seek compensation after Mutual and how federal regulators and Congress may respond. Part III also briefly assesses Mutual’s potential impact on federal preemption doctrine.
Brian Wolfman, Judges! Stop Deferring to Class-Action Lawyers, 46 U. Mich. J.L. Reform Caveat 80 (2012).
Categories:
Civil Practice & Procedure
Sub-Categories:
Class Action Litigation
Links:
Type: Article
Abstract
I represent a national non-profit consumer rights organization, as an amicus, in a federal appeal challenging a district court’s approval of a class-action settlement of claims under the federal Credit Repair Organization Act (CROA). My client maintains that the district court erred in finding that the settlement was “fair, reasonable, and adequate,” which is the standard for class-action settlement approval under the Federal Rules of Civil Procedure. In particular, we argue that the district court committed a reversible legal error when it deferred to the class-action lawyers’ recommendation to approve the settlement because, in those lawyers’ view, it was fair, reasonable, and adequate. We also argue that the district court erred when, in approving the settlement, it relied in part on its belief that the plaintiffs’ counsel, whose work the judge had observed for years, are really good lawyers.
Brian Wolfman & Alan B. Morrison, What the Shutts Opt-Out Right is and What It Ought to Be, 74 UMKC L. Rev. 729 (2006).
Categories:
Civil Practice & Procedure
Sub-Categories:
Class Action Litigation
Type: Article
Abstract
This article discusses the ramifications of the U.S. Supreme Court's decision in Phillips Petroleum Co. v. Shutts, 472 U.S. 797 (1985), regarding the right of an absent class member to opt out of a class action. The article addresses both the current prevailing understanding of Shutts, which is based on the personal jurisdiction strain of due process jurisprudence, and what the authors believe is a more useful understanding, based on the property rights strain of due process jurisprudence. As an addendum to the article, the authors propose a new civil procedure rule governing class actions that would implement their ideas about opt-out rights and class action governance more generally.
Remove All Filters
Publication Years:
2013 (1)
2012 (1)
2006 (1)
See more See fewer
Categories:
Civil Practice & Procedure (3)
Health Care (1)
Displaying X-Y of 3 results   (Page X of Y)

I direct the Appellate Courts Immersion Clinic at Georgetown Law. We handle public-interest cases in courts of appeals and in the Supreme Court. To review our work, go here.